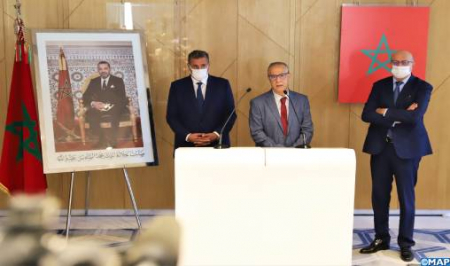 The coordinator of the Alliance of the Left Federation, Abdeslam Laaziz, expressed on Wednesday in Rabat the hope that the next government will place social issues at the top of its agenda, following a meeting with the appointed Head of Government Aziz Akhannouch, as part of consultations to form the new government. Laaziz told the media that the meeting was an opportunity to “express our concern about the current social situation, marked by major recessions over the past ten years, which requires from the next government to put social issues at the top of its agenda.” The appointed Head of Government point of view “is in line with that of the Alliance of the Left Federation,” he said, expressing his hope that issues discussed at this meeting will be taken into consideration by the next government program, particularly regarding youth employment, health and education. The consultations also focused on the importance of dialogue with national forces, including political parties and trade unions, to overcome the blockage of social dialogue through the launch of a new stage of dialogue with these stakeholders, he added. Akhannouch began on Monday his consultations for the formation of the new government by meeting several political parties chiefs.