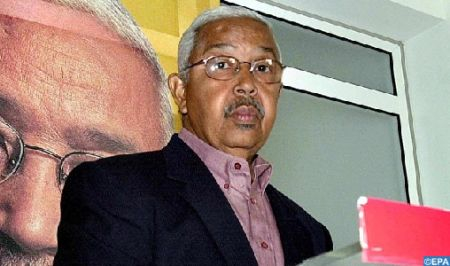 The legislative, local and regional elections, held on September 8 in Morocco, are in many ways a further proof of democratization in the Kingdom, especially since they embody “unity in diversity” of Moroccan society, said the former president of Cape Verde, Pedro Pires. “From my point of view, this is a great change of references with consequences in all areas, political, cultural and economic,” said Pires in a statement to MAP, adding that Morocco “has given us a sign of the future. While extending warm congratulations to the Moroccan voters, the former Cape Verdean president questioned the significance of the change. “I see interesting signs of democratization that embody the expression of the diversity of Moroccan society,” he said, noting that this is indeed a very significant social and political progress, which is unity in diversity, and justifies the Moroccan policy “intelligent and flexible for the Moroccan Sahara”. However, Pedro Pires said he was “very surprised” by the results of the September 8 elections. “My surprise comes mainly from the crushing defeat of the Justice and Development Party PJD,” he said. On this occasion, he highlighted the stability enjoyed by the Kingdom of Morocco, thanks to the leadership and efforts of His Majesty King Mohammed VI and his strong diplomacy. “It is an international political reference and an essential link in guaranteeing regional stability and security,” he said, adding that if political stability is ensured by the Monarchy, there is also the political and socio-cultural maturity of Moroccan society that is progressing in the direction of its cohesion and democratization growing.