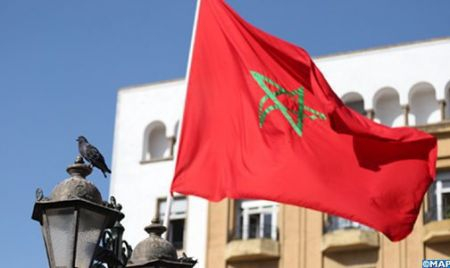 In turbulent and uncertain political contexts at the regional level, Morocco offers a different and serene face, writes, Thursday, the weekly “Le Canard Libere”, highlighting the success of the triple vote of September 8, 2021. “In these turbulent and uncertain political contexts, Morocco offers a different face. Serene and reassuring while confirming the democratic convictions of its Sovereign,” says the publication in an article by Abdellah Chankou. In this regard, the author of the article, entitled “The King of transparency”, notes that HM King Mohammed VI “places absolute respect for democratic normality above all other considerations”, stating that “only the legitimacy of the ballot box works”. Some foreign observers, who have some knowledge of Morocco and the specificities of its political traditions, have rightly hailed the success of the triple vote of September 8, 2021, and the usual transparency that marked the announcement of its results, recalls the weekly. “Without giving lessons to anyone, it must be noted that what some call the Moroccan exception is basically the expression of the quiet strength of a secular state and its greatness, which draws its roots in a long history,” the same source notes. It concludes that Morocco is “a state where the Monarch is above the partisan game and plays his role of referee and guarantor of the continuity of institutions”.