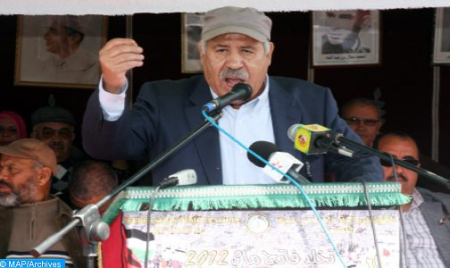 The former secretary general of the Democratic Confederation of Labor (CDT), Noubir Amaoui, died Tuesday in Casablanca, the trade union has announced. The deceased was “a nationalist, a great militant, a trade unionist and a political leader who gave a lot for his country”, said the CDT Deputy Secretary General, Houir Alami. Alami recalled, in a statement to MAP, the positions of the deceased in the defense of the working class, stressing that with his death, “we have lost one of the honest men”. Noubir Amaoui was born in 1936 in the village of Bni Ahmed in the province of Settat. After studying at the university, he worked as a primary school teacher before joining the educational inspection years later. In the meantime, he joined the ranks of the Moroccan Labor Union. In November 1978, the CDT was created and Noubir Amaoui had become its secretary general. In November 2018, he handed over his post to Abdelkader Zaer.