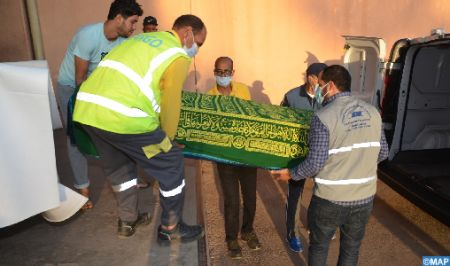 The bodies of the two truckers, killed last Saturday in an attack perpetrated by unidentified armed individuals against a Moroccan commercial convoy in the commune of Didieni in Mali, arrived Friday morning at Agadir-Al Massira Airport. The bodies of the two victims, who will be buried after the Dhuhr prayer, were repatriated to Morocco on a flight from Bamako via Casablanca. A tribute ceremony took place on Thursday in the Malian capital, in the presence of the Moroccan ambassador to Mali, Hassan Naciri, members of the embassy, as well as Moussa Diarra, president of the Morocco-Mali Friendship Association, and Imam Thierno Hady Thiam, president of the Federal Council of the Tijaniyyah followers.