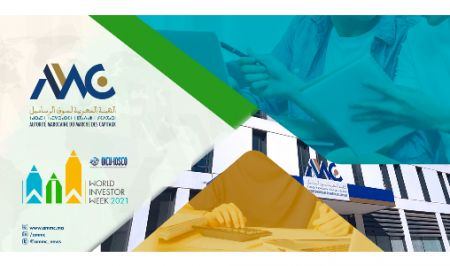 The Moroccan Capital Market Authority (AMMC) on Tuesday announced its participation in the 5th edition of the “World Investor Week” (WIW), an international campaign initiated by the International Organization of Securities Commissions (IOSCO). “The AMMC reiterates its commitment to the promotion of financial education of savers and participates, for the fifth consecutive year, in the World Investor Week,” said the Authority in a press release. This edition, held during the months of October and November, mobilizes more than 100 jurisdictions around the planet on two major themes, namely sustainable finance and fraud prevention. “Formalized in its 2021-2023 strategic plan, the AMMC makes the financial education of savers a strategic lever for the development of the capital market”, the Authority added. Through its participation in events such as the World Investor Week, the AMMC aims to make capital market concepts more accessible to the general public and to strengthen savers’ knowledge and financial skills.