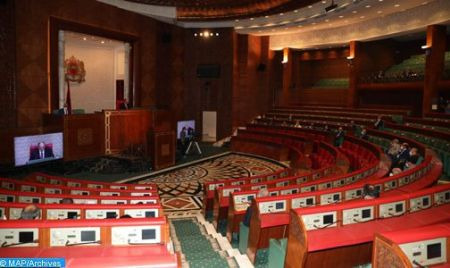 Electors will chose this Tuesday members of the House of Advisors, the final stage of the 2021 electoral process in the Kingdom. This election has many challenges and stakes, given the broad prerogatives of the House of Advisors and its diverse composition, including representatives of local and regional councils, professional chambers and trade unions, in addition to representatives of employers and employees. In accordance with the organic law relating to the House of Advisors, the 120 members of this House shall be elected according to the following procedures and modalities : (72) members representing the local authorities, elected at the level of the regions of the Kingdom. Twenty members elected, in each region, by a single electoral college composed of all the elected representatives of the professional chambers existing in the region concerned, (8) members elected, in each region, by an electoral college composed of the elected representatives of the most representative employers’ professional organizations and 20 members elected, at the national level, by an electoral college composed of the employees’ representatives. The elections of the members of the upper house, the second since the adoption of the Constitution of 2011, are held on the basis of a list of candidates, with proportional representation, according to the rule of the largest remainder, without a mixture or preferential vote. The Constitution has strengthened the prerogatives of the House of Advisors, particularly in the area of questioning the government through a motion signed by at least one-fifth of its members and the creation of commissions of inquiry at the request of one-third of its members, while giving this House priority in the tabling of bills relating mainly to local authorities, regional development and social affairs, in addition to several roles in the area of parliamentary diplomacy. The House of Advisors also plays an important role in all issues with a regional dimension or socio-economic character, which makes it a real forum for debating all matters that are central to the daily concerns of citizens.