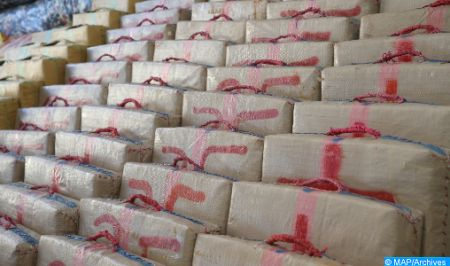 A coast guard of the Royal Navy, operating in the Mediterranean, aborted early Tuesday morning an operation of drug trafficking by forcing the fast nautical craft used by traffickers to dump a large quantity of chira (cannabis resin) overboard off the coast of Nador, according to military sources. The recovered cargo of about 5 tons was handed over to the Royal Gendarmerie in Nador in accordance with the legal procedures in force, the same sources added.