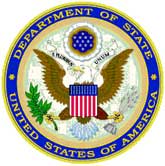 The United States on Monday said it was "pleased" that Morocco and the Algerian-backed separatists movement "Polisario" met again in attempt to reach a final solution to the 32-year-old dispute over the Sahara, insisting that a "meaningful autonomy is promising and realistic way forward."

"We are pleased that Morocco and the Polisario met again on August 10-11 under the auspices of the United Nations to discuss a resolution to the conflict in the Western Sahara. We understand that both parties have agreed to further negotiations. We welcome this development, and urge both to commit to a full discussion of the issues in the next round of talks," said U.S. Department spokesman M. Sean McCormack.

"We believe that meaningful autonomy is a promising and realistic way forward and that the Moroccan initiative could provide a realistic framework for negotiations, Mr. Cormack added in an allusion to Morocco’s proposal to grant substantial autonomy to its Southern Provinces, known as the Sahara. Spain, the former colonial power, ceded the territory to Morocco in 1975 under the Madrid Accords.

Morocco and the Polisario held two rounds of negotiations in Manhasset, outskirts of New York on June 18-19 and August 10-11, under the auspices of the United Nations and in accordance with United Nations Security Council resolution 1754 of 30 April 2007 which called upon the parties to "enter into negotiations in good faith and without preconditions."

During these two rounds, Morocco presented its autonomy proposal that was described as "serious and credible" by the five member countries of the Security Council and backed by other influential capitals.

"The parties acknowledge that the current status quo is unacceptable and they have committed to continue these negotiations in good faith," said on Saturday Peter Van Walsum, UNSG’s Personal Envoy for the Sahara at the end of the second round of negotiations.

"They (the parties) have agreed that the process of negotiations will continue and that appropriate consultations will be completed regarding the date and venue of the coming round," added Mr. Walsum, facilitator of the two rounds of Manhasset talks that were also attended by representatives from neighboring countries, Algeria and Mauritania, who were consulted separately during the talks.