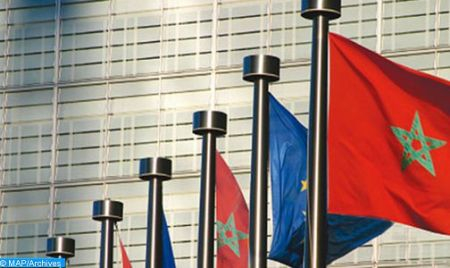 The decision at first instance of the General Court of the European Union (EU) regarding the agricultural and fisheries agreements with Morocco aims to counter Moroccan-European interests, said the Provincial Council of Oued Eddahab. The decision of the European Court which is delivered “in a partial manner and with ideological motives”, undermines Moroccan-European interests and their strategic relations, says a release read by the president of the Provincial Council of Oued Eddahab, Mohamed Salem Hammia, during an extraordinary session of the Council. As legitimate and democratically elected representatives of the September 8 elections, the Council members expressed their strong condemnation of this politically motivated decision. In this regard, the Council called on the EU Court to rectify its decision on appeal, taking into account the strategic partnership between Morocco and the EU and rendering justice to the southern provinces, which are an integral part of the Kingdom of Morocco. The Council welcomed the EU’s commitment, confirmed after the decision of the European Court, aimed at strengthening the Moroccan-European partnership to achieve common prosperity, stressing that the massive participation of the population of the Moroccan Sahara in the last elections reflects the attachment of the citizens of the Southern Provinces to their moroccanness. In addition, they reaffirmed their permanent mobilization behind HM the King to preserve the territorial integrity of the Kingdom and maintain security and stability in the region.