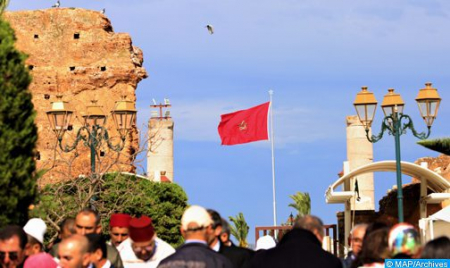 Whatever the enemies of Morocco’s territorial integrity may think, Morocco continues its construction march “with all confidence and determination”, underlined, Monday in New York, Mohamed Aba, President of the Finance, Budget and Programming Committee at Laayoune-Sakia El Hamra Regional Council. While its enemies are busy in maneuvers doomed to failure by supporting by all means the Polisario militias, Morocco continues its march of edification with confidence and determination, Aba told the 4th Committee of the UN General Assembly. The Kingdom has opted for the “way of wisdom” in the face of provocations and actions by the enemies of its territorial integrity, by focusing on action on the ground through latge-scale development projects and efforts to build a strong democratic state, he pointed out. Aba highlighted the massive participation of the Sahrawi populations in the triple legislative, communal and regional election of September 8, noting that all the components of the region were mobilized, in perfect symbiosis with the political parties, civil society organizations and local authorities, to send an unequivocal message about Morocco’s territorial integrity. This strong adhesion has made it possible to set out a new political map, marked mainly by the emergence of young skills at the level of elected bodies, he noted. Aba also called for achieving a just and lasting political solution to the artificial conflict over the Sahara on the basis of the Moroccan autonomy initiative and under the full and entire sovereignty of Morocco.