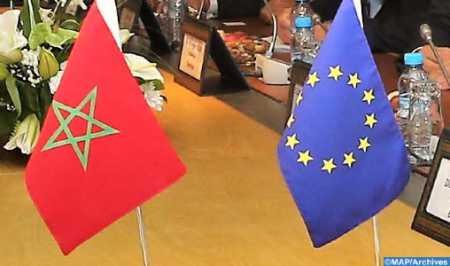 Danish MEP Søren Gade has stressed the need to preserve good relations between the European Union (EU) and Morocco. In a statement in reaction to the EU Court’s ruling on agriculture and fisheries agreements between Morocco and the EU, the Danish MEP said he learned “with great concern” of the ruling, noting that these agreements are “the result of good relations between the EU and the Kingdom of Morocco which are based on mutual trust and respect”. “The Sustainable Fisheries Partnership Agreement as well as other bilateral trade and migration agreements between the EU and the Kingdom of Morocco are of great economic value, which further strengthens relations between the two sides,” he pointed out. Since the announcement of the decision at first instance to cancel the agricultural and fisheries agreements between Morocco and the EU, reactions have been unanimous on the part of decision-makers, deputies and European experts on the strategic nature of the partnership between the EU and Morocco and the need to preserve the legal certainty of the treaties which unite them. In a joint statement following the decision of the Luxembourg-based court, the High Representative of the EU for Foreign Policy and Security, Josep Borrell, and the Minister of Foreign Affairs, African Cooperation and Moroccans Abroad, Nasser Bourita, stressed that Morocco and the EU will remain “fully mobilized” to continue cooperation in a climate of serenity and commitment, in order to reinforce the Euro-Moroccan Shared Prosperity Partnership, launched in June 2019. The two sides underlined that they will take “the necessary measures to ensure the legal framework which guarantees the continuation and stability of trade relations between the European Union and the Kingdom of Morocco”.