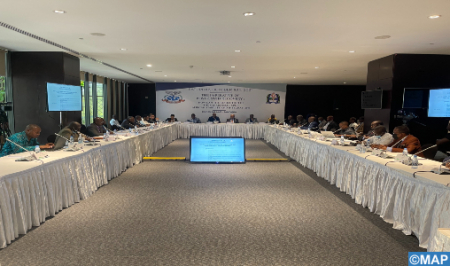 The autonomy plan proposed by Morocco for its southern provinces is the “only viable solution” for a final settlement of the dispute over the Moroccan Sahara, said a large group of participants in a seminar held Saturday in Dar es Salaam. The Moroccan autonomy initiative represents a “just, lasting and mutually acceptable political solution”, in accordance with the latest UN Security Council resolutions, noted the participants in this regional seminar, co-organized by the Institute of Peace and Conflict Studies (IPCS) and the Tanzania Peace Foundation (TPF). According to a statement released at the end of the seminar on Saturday evening, such a solution requires, according to the speakers, a “strong political will” of the parties, as well as of the international community, stressing that such political will has clearly been demonstrated by Morocco and rejected by Algeria. These discussions focused on the Sahara issue in light of the challenges faced by the African Union and the presence of a non-state entity among its sovereign and independent members, said the statement. The admission of the so-called “sadr” to the pan-African organization was a “burdensome historical error,” the statement added. Following a brief historical and legal overview of the issue, which demonstrated, by way of history and international law, the sovereignty of Morocco over its Sahara, the participants unanimously called for a “revigorated Pan-Africanism” that draws its strength from unity, peace and stability; and hence economic integration, growth and development. The participants insisted on the necessity to put a stop to all forms of separatism (political secessionism, religious extremism, identity disintegration) to achieve absolute pan-African priorities such as the implementation of the African Common Free Trade Area (AfCFTA) and the 2063 Agenda goals. Speakers also congratulated Morocco for its continental leadership and the “major diplomatic triumph” that it has achieved in the last 18 months, through the opening of 20 diplomatic representations by African brotherly countries in Laayoune and Dakhla. The opening of diplomatic representations in the Moroccan Sahara reflects, according to the participants, a “strong support” for the Moroccan Sahara and an effective implementation of a pragmatic, realistic and compromise-based approach. They also commended Morocco’s unwavering commitment to a dynamic of openness, progress, and modernity for the overall win-win development and South-South cooperation for the country, the region and Africa, illustrating its strong belief in the continent’s potential. Furthermore, the unilateral severance of diplomatic ties with Morocco by Algeria, in response to His Majesty King Mohammed VI’s extended hand, was regretted and described as a “major setback” in the political process aiming at finding a just, sincere and credible solution based on dialogue and compromise. After examining the particular context within which a separatist entity, with no attributes of a viable, sovereign and independent state, was admitted in the Organization of African Unity in 1982, at a time when the continent was in the grip of different ideological currents that are obsolete today, the participants called for the expulsion of the “sadr” from the AU to restore its neutrality and impartiality on the Sahara issue. The expulsion of the only non-state entity sitting among 54 sovereign and independent States, will, according to the debates, not only ensure the pan-African organization’s premunition from separatism, but also enable the African Union’s effective, credible and legitimate contribution to the UN-led process, which recognizes the Moroccan Autonomy Plan as a “serious” and “credible” solution. The regional seminar, held under the theme “The Imperative of Post-Covid Recovery: How Can the Resolution of the Sahara Issue Spur African Stability and Integration?” brought together dozens of experts, academics, think tanks representatives, parliamentarians, researchers and prominent political figures from various African countries and organizations.