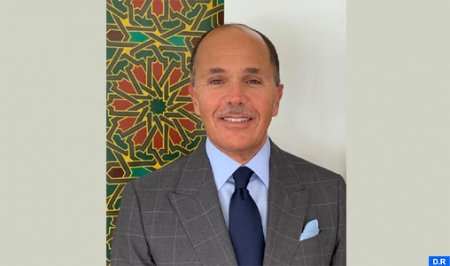 The decision of the European Union Court on the agricultural and fisheries agreements is in total contradiction with the spirit of partnership between Europe and Morocco, said the Moroccan ambassador in Lisbon, Othmane Bahnini. “The agricultural and fisheries agreements are part of a global commitment between Morocco and the EU (…) We are very confident about the future of these agreements and of the partnership with the EU”, the diplomat pointed out in an interview with Portuguese media outlet “TSF” published on Saturday. “These agreements are wanted and accepted by all European countries. They were voted by the European Parliament and, consequently, the decision of the EU tribunal is in total contradiction with European commitments in this area and with the spirit of partnership between Europe and Morocco,” said the Moroccan diplomat. Mr. Bahnini stressed that the situation in the southern provinces is quite normal as in the rest of Morocco, noting that on the occasion of the elections of September 8, “the voter turnout of the population in the southern provinces was extraordinarily high” reaching in some regions 80%. Regarding the settlement of the Moroccan Sahara issue, he recalled that Morocco presented its broad autonomy plan in the region in 2007 which is deemed by UN resolutions as a realistic and credible solution to this artificial conflict. Commenting relations with Algeria, the Moroccan ambassador in Lisbon underlined that the Kingdom has always reached out to this neighboring country “to turn the page of the past and build a stable and prosperous relationship to serve the interests of the region”. “Since 2011, Morocco has undertaken several initiatives in this direction. The most recent one was in last August on the occasion of an important speech by HM King Mohammed VI in which the Sovereign asked Algeria to turn the page and work for the future of the region,” explained Mr. Bahnini. “Unfortunately, Algeria defends the cause of a separatist group which it finances, protects and equips with weapons. It mobilizes all its diplomatic apparatus to counter Morocco, which prevents the construction of a united Maghreb,” he pointed out. “Morocco has always reached out to Algeria and we hope that reason will prevail because today the world is changing, the region is changing and we must work together to face the various challenges we are facing,” he concluded.