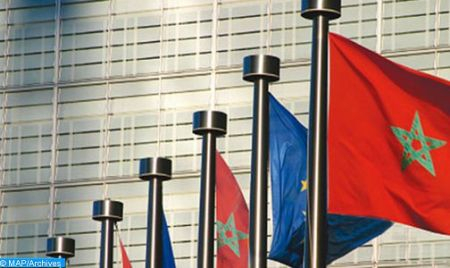 French MP Laurent Garcia, member of the Committee on Cultural Affairs and Education at the French National Assembly, has urged the European Union to secure its agreements with Morocco, which he described as “the most stable and credible country in the southern Mediterranean region.” During talks with Morocco’s Consul General in Strasbourg Driss El Kaissi, Garcia, also Mayor of the city of Laxou, welcomed, on this occasion, the massive participation of Morocco’s southern provinces citizens in the last elections, exceeding national average. According to him, this strong participation is a sign of these provinces’ commitment to the autonomy solution proposed by Morocco and welcomed by the Security Council resolutions. In addition, he welcomed the good conduct and the transparency of these elections, highlighting political parties’ successful campaign despite the difficult situation caused by the COVID-19 pandemic. According to Garcia, the Kingdom under the leadership of HM King Mohammed VI, continues to progress in the framework of an exemplary political and economic process, focusing on the new development model as roadmap for the government to seek a new economic boom in the next decade.