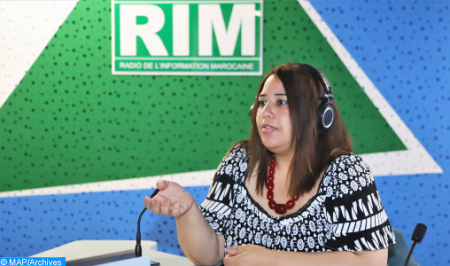 The expulsion of the so-called “sadr” from the African Union (AU) is only “a matter of time”, said the president of the International Center for Diplomacy (ICD), Karima Rhanem. Several African countries have concluded that the presence of the Polisario in the African Union is “contrary to the charter of this organization” and that its membership was a “serious historical error that needs to be corrected,” explained Rhanem on Monday on the Moroccan information radio “RIM Radio.” Many countries on the African continent and around the world have become aware of the reality of the fictitious “Sahrawi republic”, which is a destabilizing factor for the security and stability of the region and has led to growing calls for the expulsion of this entity from the AU, particularly since it has no features of a sovereign state, she noted. In this regard, she referred to the appeals for the expulsion of this illegitimate entity that discredits the pan-African organization, during a regional seminar held in Dar es Salaam in Tanzania. She also highlighted the stance of many countries of the continent and the world’s firm view that the presence of this separatist entity contributes to the exacerbation of terrorist threats throughout the region, at a time when Morocco is reaching out to Algeria for a peaceful solution to the Sahara issue. The president of the International Center for Diplomacy shed light on the growing support for the autonomy initiative presented by the Kingdom as the only serious and credible solution to settle this regional conflict, in the light of the progress recorded in the Southern Provinces in terms of democracy, development and infrastructure, as well as the continuous opening of foreign diplomatic representations.  Morocco’s multiple initiatives in the continent, its leadership in several areas, the increasing number of investments in its southern provinces, as well as the exposure of the maneuvers of the polisario and the threat it represents to the stability of the region show that the expulsion of this entity from the African Union is only a matter of time, she concluded.