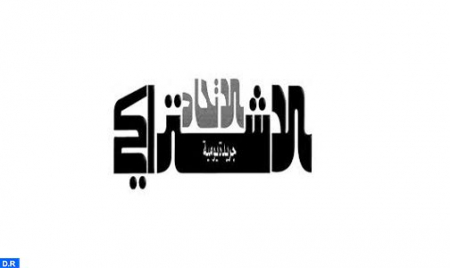 The Algerian regime is the first victim of its own maneuvers directed against Morocco, which, despite everything, remains resolutely and calmly committed to the path of development, says Arabic-speaking daily newspaper Al Itihad Al Ichtiraki in its latest edition to be published on Saturday. “Whenever the Algerian regime gets involved in issues regarding the Kingdom, it moves away from those concerning Algeria, which worsens the crises in the country,” says Talaa Saoud Al Atlassi in an article published under the title “Why Algeria does not take care of its critical condition.” According to him, the great advances made in the Kingdom disturb others, especially the neighbor to the East, which finds itself breathless and unable to catch up with a Morocco that is moving and developing. Al Atlassi stresses, in this regard, that the Algerian regime suffers from a “deficit in terms of popular confidence”, being cut off from the people because of the popular movement (Hirak) which continues to grow and also being an undesirable regime in Kabylia, noting that the elections and referendum organized over the past few years have had the effect of weakening the elected institutions precisely because of popular disaffection. The author of the article points out that the communal elections scheduled for next November in Algeria may further aggravate the unpopularity of the regime in place, adding that several parties have not been able to present their candidates in many cities. Al Atlass also recalls the invalidation of some electoral lists, the mismanagement in the organization of the elections, the complexity of the electoral law and the indifference of the populations which has weakened political parties. “A regime suffering from poor popularity should not provoke a duel with a Morocco which certainly does not have oil resources, but which enjoys a high popularity and a synergy between the State and the people which have fostered this very promising development dynamic,” he said. During this time, he notes, Morocco has moved forward in its vast new development model launched by HM King Mohammed VI, a majestic illustration of a royal desire in favor of a new development dynamic bringing prosperity to the country and the Moroccan people. He underlines, in this regard, that the Special Commission for the New Development Model has succeeded in involving in the debate and reflection all the components of society, including political parties, constitutional institutions, public establishments, sectoral and local associations, trade unions as well as citizens in towns and cities. “Because, in Morocco, the State listens to the people and draws its legitimacy from popular sovereignty,” he underlines. Morocco has all the fundamentals of power, which has led the Kingdom, many times, to launch a call for dialogue and cooperation with the Algerian presidency on the basis of fraternity and solidarity in the face of the challenges posed, and also within the framework of a Maghreb and Pan-African vision, Al Atlassi stresses.