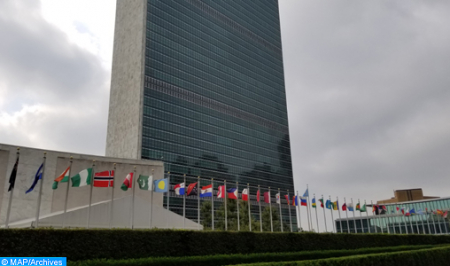 Kuwait reaffirmed, on Monday before the 4th Committee of the UN General Assembly, its support for the territorial integrity of Morocco. In his speech, the representative of Kuwait reiterated his country’s support for the autonomy initiative, especially since it represents “a constructive choice” aimed at achieving a mutually acceptable solution to the conflict over the Moroccan Sahara, by insisting on the need to respect the territorial unity and the sovereignty of the Kingdom. He pointed out that Kuwait supports the efforts of the UN which led to the holding of two round tables in 2018 and 2019 with the participation of Morocco, Algeria, Mauritania and the Polisario. The Kuwaiti representative highlighted, in this regard, the “positive” spirit prevailing during these meetings aimed at achieving a political solution accepted by all the parties concerned by the Moroccan Sahara issue. He also expressed his country’s support for Security Council resolution 2468 which emphasizes the need to move forward towards a realistic, pragmatic, sustainable and compromise political solution to the Sahara issue. Welcoming the appointment of the new personal envoy of the UN Secretary-General for the Moroccan Sahara, Staffan de Mistura, Kuwait stressed the importance for the latter of capitalizing on the momentum and the progress made during the previous roundtables and start where his predecessor left off.