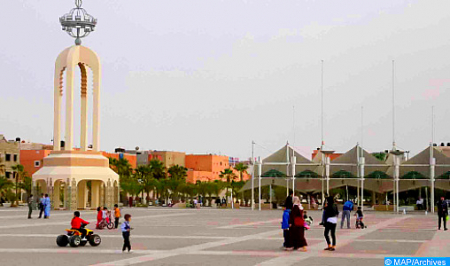 Burkina Faso reaffirmed, Monday in New York, its support for the political process related to the Moroccan Sahara issue, while calling on the parties to “maintain their commitment” within the framework of the round tables. “In view of the significant advances made during the two round tables held in Geneva, which brought together Morocco, Algeria, Mauritania and the Polisario, Burkina Faso encourages the participants to maintain their engagement in this process, in a spirit of realism and compromise,” said the representative of Burkina Faso to the UN. Speaking before the 4th Committee of the United Nations General Assembly, the Burkinabè representative also reaffirmed his country’s support for the ongoing political process, led under the aegis of the United Nations Secretary-General, which “aims to achieve a political, realistic, pragmatic, lasting and compromise solution to this regional dispute, as recommended by the 17 Security Council resolutions since 2007”. Burkina Faso also welcomed the appointment of Mr. Staffan de Mistura as the new personal envoy of the UN Secretary General for the Moroccan Sahara, wishing him “every success” in his mission.