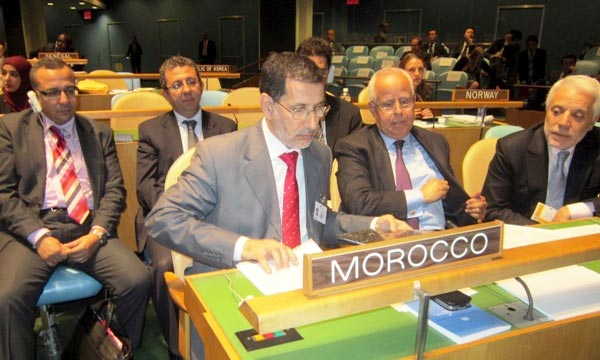 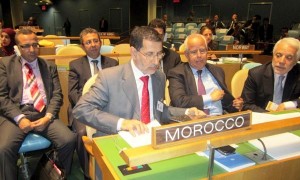 Moroccan diplomacy has rolled up its sleeves to gain ground in the Western Sahara issue.
On the African front, King Mohammed VI has scored points during his latest visit to Mali. The new governing team in Bamako, led by newly elected President Ibrahim Boubacar Keita, seems determined to severe all relations with the Polisario as it did not invite the separatist front’s leader, Mohamed Abdelaziz, to the inauguration  ceremony of IBK. A rather unusual absence!
Also, Mali is reportedly about to announce officially the withdrawal of its recognition of the ghostly Sahrawi Republic (SADR). This will be an additional evidence of the new breakthroughs of Moroccan diplomacy on the continent at the expense of neighboring Algeria and its protégé the Polisario.
Moreover, Moroccan diplomats and officials, including the head of government, are very active at the UN headquarters in New York on the eve of a new trip of the UN mediator for the Western Sahara, Christopher Ross, to the Maghreb. Ross is actually readying to tour the region in October in a new bid to revive negotiations on the Sahara issue. After nine rounds of informal talks, negotiations are still in a deadlock.
Mediation efforts conducted by Ross, who replaced in January 2009 the Dutch Peter Van Walsum, scored no progress as each side to the conflict sticks to its initial stance.
Yet, at the end of his term, Van Walsum had warned the UN and his successor Ross that the self-determination referendum claimed by the Polisario was “unworkable and unfeasible”.
“If the Polisario continues to demand a self-determination referendum, Morocco will reject the claim anew and the Security Council will insist on finding a consensual agreement. And nothing will change,” the Dutch diplomat had argued in an Op-Ed published by Spanish daily “El Pais.”
Five years later, Van Walsum’s standpoint is still valid as Ross is still struggling to gather the necessary conditions for direct negotiations likely to lead to a final settlement.
Ban Ki -Moon who had planned a visit to the region seems to have finally changed his mind, out of concern that his journey be interpreted as an acknowledgment of the failure of the mediation mission of his Personal Envoy, Christopher Ross. In the meantime, the status quo prevails.