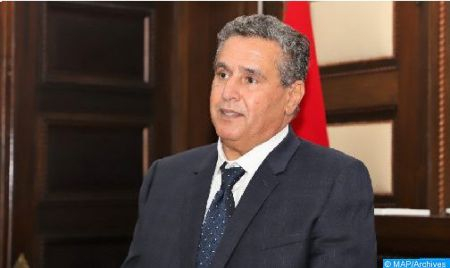 The Head of Government Aziz Akhannouch held talks on Monday on the sidelines of the 26th United Nations Conference of the Parties on Climate Change (COP26) with his Dutch counterpart, Mark Rutte. In a statement to the press after the talks, the Dutch Prime Minister said that bilateral relations “are excellent”, noting that both sides agreed to raise them “to a higher level” especially in the areas of energy transition, economic cooperation and trade. He also stressed that this COP is crucial because it is not just about setting goals but rather about action. “The watchword of this stage is action and it is time to ensure the implementation of all measures previously decided,” he stressed.