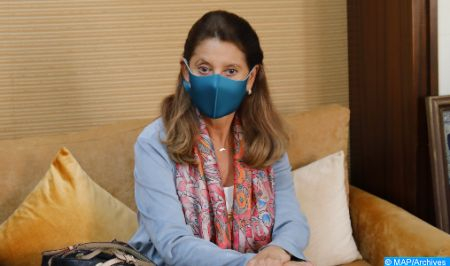 Colombia stressed, once again, the “importance” of Morocco’s Autonomy Plan in the Sahara, hailing the Kingdom’s “serious efforts” to achieve a solution to this regional dispute. In an interview published on Monday by El Tiempo, a Colombian daily newspaper, Colombia’s Vice President and minister of Foreign Affairs, Marta Lucía Ramírez, who has recently visited Morocco, expressed “support” to the Moroccan Autonomy Plan and to the UN Secretary-General’s efforts. In this regard, she also defended the UN Security Council’s resolutions, hailing the Kingdom for its “serious efforts” aimed at achieving a solution to this issue, considered “vital” by Morocco. Lucía Ramírez recalled that the Colombian government had welcomed, in October, the appointment of the new Personal Envoy of the UN Secretary-General for the Sahara, Staffan de Mistura. This is “a clear sign of our reiterated policy of support to the United Nations and its Secretary General in the search for a pragmatic, realistic, peaceful and lasting political solution, based on the commitment of all parties to end this issue,” she stressed. She added that her recent visit to Morocco “reflects the excellent bilateral relations, 42 years after their establishment in 1979.” In this regard, she described Colombia and Morocco as “strategic partners” proposing Colombia as Morocco’s entry to Latin America, while Morocco can be Colombia’s gateway to Africa.