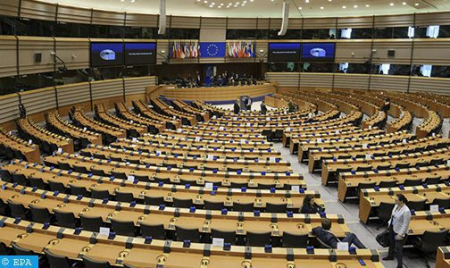 Following reactions of several MEPs regarding the unilateral decision of Algiers not to renew the agreement to supply Europe with gas via the Maghreb-Europe Gas pipeline (GME), the European Parliament has officially referred the issue to the EU High Representative for Foreign Affairs and Security Policy, Josep Borrell. In a written question by MEP and former President of the European Parliament Antonio Tajani and MEP Massimiliano Salini, the head of European diplomacy was questioned about this unilateral decision by Algeria which undermines the strategic interests of Europe. “The unilateral decision of Algeria to interrupt trade relations with Rabat raises important questions about the energy dependence of the European Union, in light of soaring prices of raw materials and, in particular, natural gas, which has a strong impact on the electricity and gas bills of European citizens,” the two MEPs wrote. Recalling that the GME was built with funds from the European Investment Bank, the two MEPs asked whether the European Commission will engage in discussions with the Algerian government to obtain an extension of the use of the GME, hence ensuring the security of the energy supply of the European Union. The two MEPs also requested Mr. Borrell to explain the diplomatic actions to be taken to address the crisis between Algeria and Morocco, which is the reason for the non-renewal of the Maghreb-Europe gas pipeline agreement. On Sunday, Algeria announced the non-renewal of the GME Agreement. Several European observers and politicians considered the unilateral decision as blackmail by Algiers towards Europe.