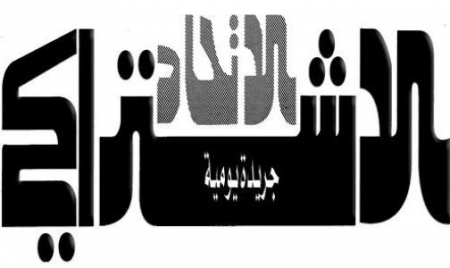 The leaders of Algeria “isolate themselves more and more and against the tides of history”, underlines the daily newspaper “Al Itihad Al Ichtiraki”, noting that the UN resolution adopted last Friday accelerates the search for a peaceful political solution to the artificial conflict over the Moroccan Sahara. In an op-ed published under the title “The leaders of Algeria are increasingly isolated against the tides of history”, Talaa Saoud Al Atlassi stresses that “last Friday, at the headquarters of the Ministry of Foreign Affairs in Rabat, Mr. Nasser Bourita explained and clarified the Security Council resolution on the Moroccan Sahara conflict, noting that his words and tone of voice were devoid of any pride or triumphalism … even though he could afford it. The author notes that Bourita did not adopt a triumphalist attitude because he was not surprised by this UN decision as he was expecting it, adding that the minister was closely following the long-term Moroccan diplomatic effort, which was coordinated and meticulous.   Meanwhile in Algiers, his counterpart Ramtane Lamamra avoided appearing before the media in order to hide his emotions and issued a statement in which he rained down his anger against the Security Council, the United Nations, and even the rest of the nations, Al Atlassi points out. The UN resolution surprised him because he hardly expected it, Al Atlassi underlines. “Algeria’s diplomatic demarches and generous expenses for the benefit of several lobbies aimed at ensuring that the decision of October 2021 would amend previous decisions since 2018 … While launching from its platforms that are hostile to Morocco rumors and baseless information against the relations of powerful countries with the Kingdom”, he writes, adding that “the resolution of the Security Council shows that the Algerian regime had it all wrong”. According to the author of the article, the Security Council resolution “is devoid of any impact, not even any imprint of an Algerian diplomatic or political act”, adding that Russia’s abstention during the vote “shows esteem for Morocco”. Algeria’s hostile attacks remained in vain, he says, stressing that “the abstention of Russia during the voting session is a form of respect for Morocco despite the tensions between Washington and Moscow”. Because, “Algeria would have preferred a Russian veto which blocks the adoption of the said resolution”, he explains, noting that “Tunisia’s abstention is a form of insurrection against the pressures of Algiers and its interference in the internal affairs of this country which is weakened by a crisis with multiple origins”. Saoud Al Atlassi also notes that the UN resolution did not meet any opposition among the members of the Security Council, obtaining the favorable approval of 13 members including four permanent members of the said council. Thus, the special envoy of the UN Secretary-General has a roadmap with a well-defined mission and a modus operandi recognized by the international community, which has succeeded, after a long and laborious diplomatic effort, to set up a set of fundamental concepts and a framework specific to the conflict in the Moroccan Sahara, he points out. These concepts find their origin in the Moroccan autonomy proposal, he notes, welcoming the vision of HM King Mohammed VI who made it possible, by acting as a true leader, to give peace a chance thanks to the autonomy proposal of the southern provinces under Moroccan sovereignty, also guaranteeing an honorable exit of Algeria from this conflict and an integration of the separatists into the development dynamics of Morocco. “The refusal of this resolution by the Algerian regime will have no effect on its effectiveness, nor on the exit of Algeria from its diplomatic isolation”, says the author of the article, adding that “all the Polisarrio’s bluster or threats will lead nowhere as in the past.” While noting that the UN resolution of last Friday gives “a real boost to the process of peaceful settlement of the conflict in the Moroccan Sahara”, he says that the international community is today seeking to make progress on this path, in support of the one and only peaceful, political and lasting proposal advocated by the UN resolution and also through dialogue, quadripartite negotiations and round tables.  And to conclude that “the peaceful solution to the conflict in its official sense today is the path followed with courage, responsibility and historical awareness by Morocco, a country resolutely committed to a real Maghreb construction, as well as to peace and cooperation in our African continent “.