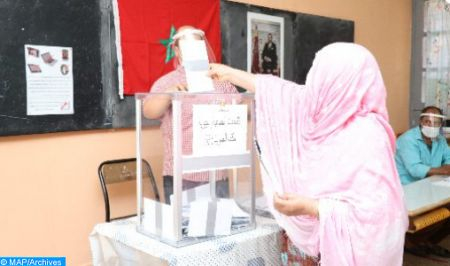 Through the elections of last September 8, the populations of the Sahara have elected their “true” representatives, said, before the 4th Committee of the UN General Assembly, the representative of Burundi to the international organization. Highlighting the “very strong” participation of the populations of the Moroccan Sahara in this triple vote, recording the highest turnout at the national level, the Burundian diplomat said that through these elections, the populations of the southern provinces have elected their “true” representatives. He also expressed Burundi’s support for the autonomy initiative as a “compromise solution” to the regional dispute over the Sahara, noting that this plan presented by Morocco is “consistent” with international law, the UN Charter and the resolutions of the Security Council and the General Assembly. Welcoming the adoption by the Security Council of resolution 2602, the diplomat called on all parties to support efforts to resume the roundtable process “where it left off” with the former Personal Envoy of the UN SG for the Moroccan Sahara, with the same 4 participants, and this as desired by the UN executive body, including its resolutions 2494 and 2548. In this regard, he noted that his country wishes “strongly” that the stakeholders remain committed by showing realism and spirit of compromise throughout the political process. The diplomat also stressed that the rise of instability and insecurity in the Sahel and its periphery calls “urgently” for the settlement of this dispute especially since “the persistence of the conflict hinders the further integration of the Maghreb which becomes more than ever essential,” believing that strengthening cooperation between member states of the Arab Maghreb Union “would contribute” to stability and security in the Sahel region. On the same occasion, he stressed that the opening of a Consulate General of Burundi in Laayoune is “indicator” of important development efforts in favor of the development model of the Sahara launched by Morocco in 2015, contributing “greatly” to the empowerment of populations and increase of human development indices.