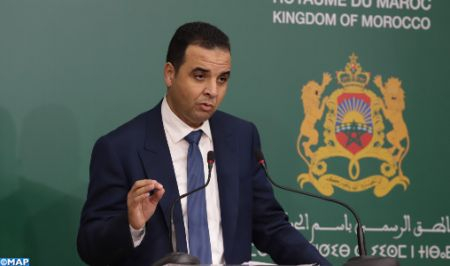 The introduction of the vaccine pass to counter the covid-19 pandemic is not intended to restrict the freedom of citizens, said Thursday in Rabat, Minister Delegate to the Head of Government in charge of Relations with Parliament, Mustapha Baitas. In an international context marked by confusion and rising prices, the Moroccan government has the responsibility to preserve lives and the economy, far from any intention to restrict the mobility of citizens, said Baitas during a press briefing at the end of the Council of Government’s meeting, held by video conference under the chairmanship of the head of government, Aziz Akhannouch, while calling for more “responsibility and vigilance”. He also stressed that the vaccination of more than 24,250,000 citizens is “a pledge for the benefit of the most vulnerable social categories who exercise small trades, so as not to live the scenario of closures”. During the meeting, Akhannouch, said that the national vaccination campaign “is running with success”, thanks to the growing adherence of citizens. “The citizens claim their right to resume their normal life and conduct their activities normally,” said Akhannouch, adding that “these are indeed the expectations that the government wants to meet”.