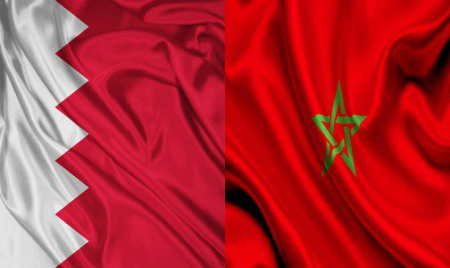 Morocco’s ambassador to Bahrain, Mustapha Benkhiyi, has expressed Morocco’s appreciation and gratitude to the Kingdom of Bahrain for its firm supportive stance towards the “Moroccan Sahara” issue, as reflected in many continuous practical actions taken by the kingdom in solidarity with Morocco. In an interview with the Bahrain News Agency (BNA) marking the 46th anniversary of the Green March, he expressed Morocco’s pride in Bahrain’s responsible and noble stances emanating from its conviction in the correctness of Morocco’s position and its belief in the justice of its cause, in line with the directives of His Majesty King Hamad bin Isa Al Khalifa. The ambassador highlighted the recent actions taken by the kingdom in support of his country, including the statement issued by the Foreign Affairs Ministry on November 13, 2020, to back Morocco’s measures to secure the Guerguerat region and the opening of a Bahraini Consulate-General in the Moroccan city of Laayoune, in addition to its support during the 76th session of the UN General Assembly and the meetings of the Fourth Committee of the UN General Assembly in New York on October 26, 2021. The diplomat stressed that the 46th anniversary of the Green March comes in a context where the Moroccan Sahara is experiencing important achievements, including the UN Security Council resolution 2602, which was in line with the Moroccan position, adding that the solution to the artificial conflict over the Moroccan Sahara must be political, realistic, practical, sustainable and based on consensus, and within the framework of the exclusivity of the UN roundtable process, with the participation of all the parties concerned, namely Morocco, Algeria, Mauritania and the Polisario. He added that the appointment of Staffan de Mistura as the new Personal Envoy of the UN Secretary-General for the Moroccan Sahara will increase chances of resuming the UN roundtable process. Regarding diplomatic achievements, the Moroccan diplomat said that since the 45th anniversary of the Green March, seven new diplomatic representations have opened in the Moroccan Sahara, the first of which was the Consulate General of the Kingdom of Bahrain in Laâyoune, and the last of which was the Consulate General of Republic of Sierra Leone in the city of Dakhla, which brings the total number of diplomatic representations in the Moroccan Sahara to 24, of which 19 are African. He recalled that this period had seen a significant and remarkable change in the Sahara issue when the United States of America recognized, on December 10, 2020, the full sovereignty of the Kingdom of Morocco over the entire Sahara region.