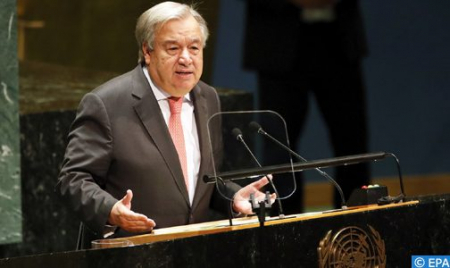 United Nations Secretary-General Antonio Guterres has called for dialogue to lower the tension amid accusations by Algiers against Morocco over an alleged attack on Algerian truckers. “The UN Secretary-General is aware of the situation (…). He is calling for dialogue to ensure that these tensions subside,” said a spokeswoman for the UN SG during her daily briefing. Answering a question about this issue, the spokeswoman added that this call was communicated through “various channels at different levels”. She also said that it is necessary to wait for the new Personal Envoy of the UN Secretary General for the Sahara, Staffan de Mistura, to start his work on the ground and see how he can help improve the situation.