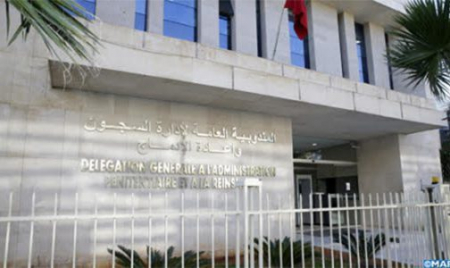 Delegate-General for Prison Administration and Reintegration (DGAPR), Mohamed Salah Tamek, said on Wednesday, that the DGAPR has developed a new strategic plan for 2022-2026 to promote a new dynamic within this institution and achieve better levels of efficiency. Based on the DGAPR’s concern to accompany permanently the political and social changes in Morocco, its strategic plan has been reviewed to match with the new government program in terms of general guidelines and the timetable set for their implementation, said Tamek during a presentation of the draft budget of the DGAPR for 2022 before the Committee on Justice, Legislation and Human Rights in the House of Representatives. To guarantee the completion of the projects launched previously, they have been incorporated into the new strategic plan, making it an inclusive strategy and an extension to the previous one, stressed the Delegate-General, adding that important and new projects have also been integrated. The strategy is based on five fundamental principles: humanizing prison conditions, preparing inmates for reintegration, guaranteeing security and safety in prison, developing institutional capacities of the administration, and integrating the gender approach and the environmental dimension into prison management. According to Tamek, the new strategic plan is particularly important as it includes a series of new key projects, if implemented, would lead to fundamental changes that would truly promote the prison system. The DGAPR aims to pursue the implementation of programs that have proven their efficiency, both in terms of humanizing prison conditions and integrating the human rights approach in the management of the prison, as well as in terms of strengthening the chances of reintegration of inmates, guaranteeing security and discipline in penal institutions, modernizing the administration and strengthening governance.