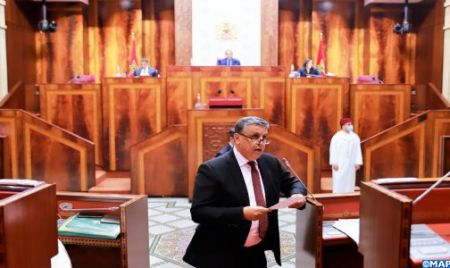 The Ministry of Justice is finalizing the draft code of criminal procedure, said Monday in Rabat, Minister of Justice, Abdellatif Ouahbi. Responding to an oral question about the “revision of the code of criminal procedure” posed by the group of the Authenticity and Modernity Party in the House of Representatives, Ouahbi said that the code “requires some slight changes and observations”, which the Ministry will finalize at the end of this week. Among the amendments to the code of criminal procedure, he cited the consolidation of safeguards for the accused stipulating, among other things, the presence of a lawyer in police stations at the time of the hearing, the establishment of certain conditions of pre-trial detention, the use of electronic bracelets in case of provisional release, the presence of a social worker for women and children, and the strengthening of mechanisms for international cooperation and electronic means of fighting crime. These amendments also include changes to a range of detention provisions, including the adoption of fines and alternative sentencing, he noted.