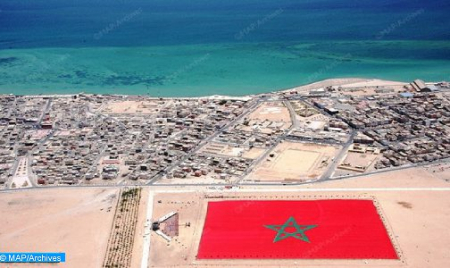 Sahrawi activists from several Spanish autonomous communities, politicians, economists and lawyers stressed, Monday in Bilbao, the relevance of the autonomy plan, presented by Morocco, to end the artificial conflict over the Moroccan Sahara. During a meeting, initiated by the Sahrawi Collective of Spain, in collaboration with the Economic Forum of the Basque Country, participants in this event noted that the Moroccan proposal, which enjoys international support, constitutes a “great opportunity” to definitively close the dispute created by Algeria over the Moroccan Sahara and achieve progress in the whole region. Pedro Luis Uriarte, former regional minister of economy and finance of the Basque government, said that the advanced autonomy proposed by Morocco “has great political and economic value”, stressing that it is a “deep and serious” plan that can consolidate the prosperity and progress of the Sahara regions. In the same context, Pedro Campo, economist and president of the Confederation of Commerce Enterprises of Vizcaya, noted that “this meeting was rich and fruitful” to examine the benefits of the implementation of autonomy in the Moroccan Sahara, noting the business opportunities offered in the southern provinces. For her part, Maria Tato, lawyer and businesswoman, who recently chaired a Basque trade mission to the Moroccan Sahara, highlighted the potential of the southern provinces, welcoming the legal security fully guaranteed for investors. Autonomy opens a new page for the emergence of a promising horizon of development in the Moroccan Sahara, which would serve the interests of all Sahrawis and would be the framework for the integration of all parties involved in this artificial conflict, said Bomba Haidab, of the Sahrawi Collective of Spain. Mohamed Ali Bachir Adibin, of the Sahrawi Collective, said for his part that the population of the southern provinces can, thanks to autonomy under Moroccan sovereignty, make the most of inclusive development for a modern and plural society.