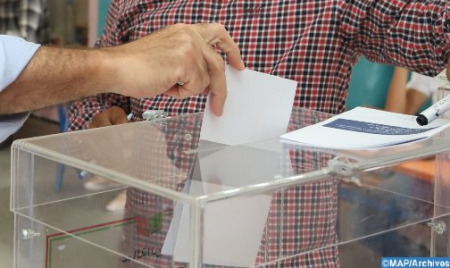 The Parliamentary Assembly of the Council of Europe (PACE) has welcomed the conduct of the September 8 elections in Morocco, which were organized with “integrity and transparency”. An ad hoc committee in charge of observing this triple election has been set up by the Parliamentary Assembly of the Council of Europe. Bringing together 11 members, the ad hoc committee visited Morocco from September 6 to 9, 2021, and held meetings with, in particular, members of political parties, the president of the National Human Rights Council (CNDH), representatives of the ministry of the Interior, the High Council and the Independent High Authority for Audiovisual Communication, as well as representatives of the international community present in Morocco and representatives of the media and civil society. In its observation report of the Moroccan elections which has just been made public in Strasbourg, the PACE ad hoc committee for the observation of the elections to the Moroccan House of Representatives concluded that these elections had been “well organized”. The ad hoc committee underlined “the professionalism of the public authorities which organized the election with integrity and in full transparency”. It also welcomed the efforts made by various stakeholders to strongly encourage voter activity, as well as the increased turnout, which has risen to over 50%. Observers considered that “the choice to let the voters decide the political architecture of the country at different levels has made it possible to achieve the sought objective”, suggesting that the public authorities seek to put in place an automated, easy-to-update electoral register that would include all eligible citizens to vote and conduct large-scale voter education and raising-awareness campaigns. The ad hoc committee also recommended to set up, in accordance with the Council of Europe standards, a permanent civil participation mechanism with a view to increasing the active engagement of citizens in political decision-making at all levels. The report noted “with satisfaction”, on the other hand, the efforts made by the Moroccan authorities to integrate more women into political life, welcoming the introduction of the new regional list, which paved the way for greater representation of women in parliament. Regarding the polling day, the assessment of the conduct of the election by the members of the ad hoc committee, including the counting of the votes, was “very positive”. The Committee ensured that the voting in the polling stations visited was on the whole “very well organized”, noting that “the members of the polling stations were in most cases very cooperative with our observers, and the voting process was transparent.’