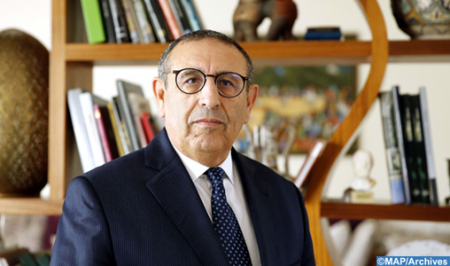 Morocco’s ambassador to South Africa, Youssef Amrani, inaugurated on Friday the Honorary Consulate of the Kingdom in the city capital of Eswatini, Mbabane. The inauguration of this new diplomatic representation, directed by Mona Ashraf, took place in the presence of the Secretary-General of the ministry of Foreign Affairs of the Kingdom of Eswatini, Melusi Masuku. It comes following the opening in October 2020 of the embassy of Eswatini in Rabat and its Consulate General in Laayoune, said the embassy in a statement. Speaking on this occasion, Amrani said that the opening comes as Morocco celebrates the 66th anniversary of Independence Day, welcoming the brotherly ties and the fruitful cooperation between Morocco and Eswatini. He highlighted the cooperation opportunities between the two countries in various fields, in line with Morocco’s African policy, set out by His Majesty King Mohammed VI. The Moroccan ambassador also stressed the convergence of views between the two countries and the common challenges faced in the building of a prosperous Africa for the benefit of the peoples of the continent. He welcomed, in this regard, the unwavering position of the Kingdom of Eswatini in support of the territorial integrity of Morocco. The opening of this honorary consulate marks the pinnacle of a long-standing friendship between the two countries and offers new opportunities in the commercial, cultural and educational fields, he added. For his part, Masuku emphasized the excellent brotherly relations between the two countries, adding that the opening of this Honorary Consulate is a testimony of the sincere and fraternal partnership between Rabat and Mbabane. This partnership is part of cooperation oriented towards human and sustainable development, he noted, stressing the importance of the scholarship program available to students from Eswatini to pursue their studies in Morocco. Finally, he stressed the convergence of views between the two countries and their unwavering coordination and solidarity in various fields, particularly at the UN and the African Union (AU).