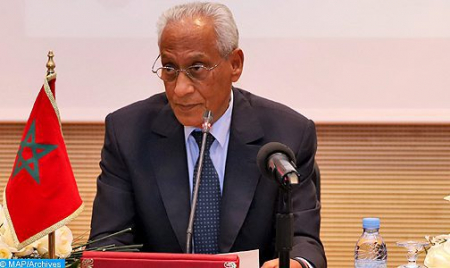 General Delegate for Prison Administration and Reintegration (DGAPR), Mohamed Salah Tamek and Major General Roger John Noble, Australian ambassador for counter-terrorism, discussed Monday in Rabat issues related to the fight against terrorism and violent extremism. On this occasion, Tamek highlighted the Moroccan experience in the field of security management for the category of detainees prosecuted or convicted under the anti-terrorism bill, as well as rehabilitation programs, particularly the “Moussalaha” program, said a statement from the DGAPR. During this meeting attended by the Australian ambassador in Rabat and his deputy, Tamek also reviewed the scope of the program, its objectives, the positive outcomes achieved, as well as the commitment of the detainees to the said program, added the statement.