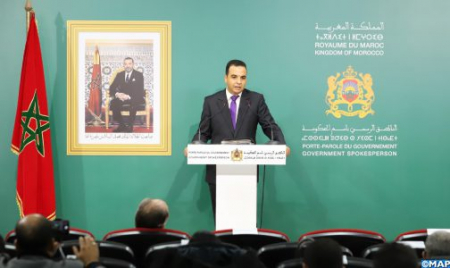 The education sector requires deep and urgent reforms, said Thursday in Rabat the Minister Delegate for Relations with Parliament, Government Spokesman Mustapha Baitas, stressing that the government is “aware of this challenge and places the reform of public school at the heart of its major policies.” In an answer to a question on the age restriction in the recruitment exams for teachers and executives of administrative and social pedagogical support, Baitas explained, at a press briefing at the end of the Government Council, that “the reform of the education sector is among the priorities of the government,” noting that it is a major reform to promote the public school, improve training programs and provide infrastructure to improve the quality of the educational ecosystem in Morocco. The government spokesman also noted that “the reform of the education system can not be delayed and requires the necessary political courage,” adding that the Government “is aware of the importance of this societal project and has a clear vision on the said reform in line with the new development model.” This structural reform also includes the improvement of the situation of teachers, of the educational methods and continuing education programs, as well as the rehabilitation of school transport and educational and catering facilities.