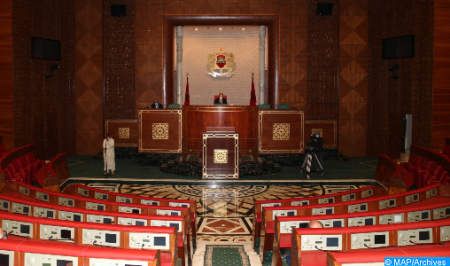 Public policies for young people were at the heart of the annual session of the House of Advisors (upper house), dedicated to the discussion of public policies for the current year, the House said on Monday. The bureau of the House has decided the formation of a temporary thematic group, which will be in charge of preparing a report on this topic, composed of 15 members representing all groups and parliamentary groups, in accordance with “Article 312”, dictating the rules of the House, said the House in a statement issued after a meeting chaired by Naama Mayara, Speaker of the House of Advisors. Regarding oral questions, the bureau has approved the agenda of the oral question session, scheduled for Tuesday, December 14 at 15:00, which will be devoted to the examination of two central questions addressed to the Ministry of National Education, Preschool and Sports and the Ministry of Higher Education, Scientific Research and Innovation. Concerning outreach activities, and as part of the interaction with the conclusions and recommendations about the International Day for the elimination of Violence against Women, the bureau has decided to compile these conclusions and recommendations in a booklet that will be distributed to members of the House and all relevant stakeholders, the statement added. As part of the institutional twinning with the Council of Europe, the bureau has also approved the programs of the roundtable, which will be held on December 14, 2021, for the benefit of executives of the two Houses of Parliament, and the expert mission on the pillars of parliamentary diplomacy, which will take place on December 16, 2021 for the benefit of executives of the House of Advisors. In addition, the bureau of the House has reviewed the intensive program of the Committee on Justice, Legislation and Human Rights for this week, which is studying two draft bills relating respectively to the judiciary and arbitration and conventional mediation, according to the same source.