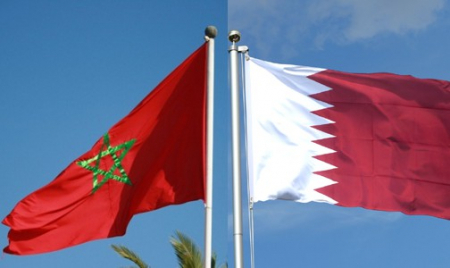 Moroccan-Qatari relations are based on sincere brotherhood, mutual respect, active solidarity and common interest, said Monday Moroccan ambassador to Qatar, Mohamed Setri. “The relations between Doha and Rabat are based on continuous consultation and coordination, both bilaterally and regionally and internationally,” said Setri in a statement to the press on the occasion of the National Day of the State of Qatar. He explained that the relations between the two countries “owe their strength and uniqueness to the strong ties and the common will of the wise leadership of the two countries to raise these relations to even broader horizons for the benefit of the two brotherly peoples”. “In this regard, His Majesty King Mohammed VI welcomed the process of development and modernization led, with wisdom, by His Highness Sheikh Tamim bin Hamad Al Thani, the Emir of Qatar,” added the Moroccan diplomat. In addition, he praised the achievements of the State of Qatar under the wise leadership of His Highness Sheikh Tamim bin Hamad Al Thani who, he said, “continues with merit his valuable efforts and constructive initiatives to consolidate the achievements in the political, economic, social fields, among others, allowing the State of Qatar to enjoy a strong presence and a distinguished international influence”. Setri also commended the steps taken by Qatar to deal with the impact of Covid-19 at the economic, social and health levels, noting that through these measures, the country has won the bet, “as most reports have unanimously highlighted Qatar’s success in overcoming the consequences of the pandemic, through the adoption of a series of effective measures.”