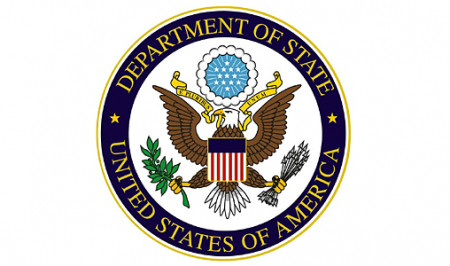 Morocco’s counter-terrorism strategy was praised in the 2020 report on terrorism released Thursday by the U.S. State Department, which stressed that “the United States and Morocco have a long history of strong counterterrorism cooperation,” in this field. The annual report welcomed the Kingdom’s efforts in the fight against terrorism, noting that “the Government of Morocco continued to implement its comprehensive strategy, which includes vigilant security measures, regional and international cooperation, and terrorist counter-radicalization policies”. “In 2020, Morocco’s counterterrorism efforts largely mitigated its risk of terrorism,” according to the same source. The State Department also said that Moroccan law enforcement agencies, under the coordination of the Ministry of the Interior, vigorously targeted and arrested at least 35 individuals. They also dismantled seven terrorist cells “reportedly in the early stages of planning attacks against a range of targets, including public buildings, prominent figures, and tourist sites”. “Moroccan law enforcement leveraged intelligence collection, police work, and collaboration with international partners to conduct counterterrorism operations,” the source added, noting that there were no reported terrorist incidents in Morocco in 2020. Moroccan law enforcement agencies participated in a wide range of U.S.-sponsored programs to improve the country’s counterterrorism technical and investigative capabilities, including financial investigation, intelligence analysis, and cybersecurity, the US diplomacy added. In addition, “border security remained a top priority for Moroccan authorities,” the report underlined, praising in particular the work of the Moroccan airport authorities that “have excellent capabilities in detecting fraudulent documents”. The State Department highlighted Morocco’s policy to combat violent extremism, noting that “Morocco has a comprehensive CVE strategy that prioritizes economic and human development in addition to countering terrorist/violent extremist radicalization and oversight of the religious sphere”. In this report, the Kingdom is cited as “a major non-NATO ally” and a member of the Trans-Sahara Counterterrorism Partnership. Morocco traditionally hosts the annual African Lion exercise, but the exercise was canceled in 2020 because of COVID-19, the same source added. Morocco also has “strong cooperation with European countries, especially Belgium, France, and Spain, to thwart potential terrorist threats in Europe,” said the document, noting that the Kingdom currently co-chairs, with Canada, the Global Counterterrorism Forum (GCTF). In 2020, Morocco announced its intention to host a United Nations Office of Counter-Terrorism (UNOCT) Program Office for Specialized Counter-Terrorism and Law Enforcement Training in Africa, said the report of the US State Department, recalling that the Kingdom also hosted the Warsaw Process Working Group on Counterterrorism and Illicit Financing, focused on countering al-Qa’ida.