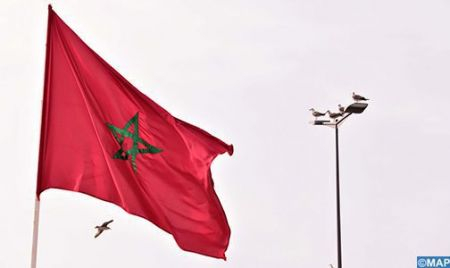 The Kingdom of Morocco, under the leadership of HM King Mohammed VI, is a “credible strategic partner” for France and the West in the security field, said, Friday, Olivier Becht, deputy member of the National Defense and Armed Forces Committee in the French National Assembly. During an exchange with Driss El Kaissi, Consul General of Morocco in Strasbourg, Becht, also president of the group Agir ensemble, and member of the French delegation to the Parliamentary Assembly of the Council of Europe, stressed that the Kingdom is expected to continue its leadership role in the region and will always be the “good model for African and Arab countries,” said a statement by the Moroccan Consulate in the Alsatian city. The Kingdom, added the French deputy, is a “key player” in the peace in the Middle East and will certainly be a “very good mediator to find a just and final solution to the Palestinian question,” noted the statement. In addition, Becht praised the National Initiative for Human Development (INDH) and the New Development Model which aim at an equitable redistribution of wealth, expressing his admiration for the Kingdom’s management of the health crisis with a focus on the protection of citizens in the first place while managing to maintain economic activity at a satisfactory level. According to the same source, the two parties exchanged on the latest elections held in Morocco, and as mentioned by the delegation of observers of the Parliamentary Assembly of the Council of Europe, Becht said he was “impressed” by the increase in the turnout of more than 50%, seven points higher than the legislative elections of 2016 and especially the involvement of young people in this triple vote. On the issue of the Moroccan Sahara, the French deputy welcomed the high participation of Sahrawis from the southern provinces in the last elections, exceeding the average of the country, which is a “sign of their commitment to the autonomy solution proposed by Morocco and welcomed by the resolutions of the Security Council,” noted the statement. Becht took this opportunity to call on Europe to strengthen its partnership with the Kingdom, which is the successful model of the neighborhood policy with the southern Mediterranean region.