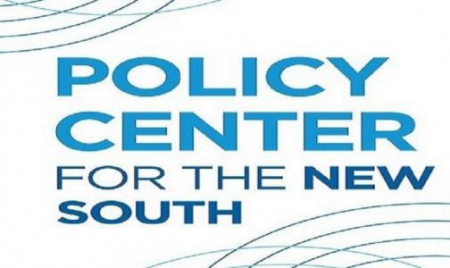 The Policy Center for the New South (PCNS) wrapped up the 10th edition of its flagship Atlantic Dialogues international conference held under the theme “The Wider Atlantic in a Challenging Recovery from Covid.” The event, which kicked off on November 1 and ran through December 22, featured 21 sessions held as webinars, which are accessible online on the Policy Center’s Facebook, YouTube and Atlantic Dialogues pages, the PCNS points out in a release. The Atlantic Dialogues (AD) examined the Covid crisis and the impact on the wider Atlantic from all angles: the economic and geopolitical angles, as well as impacts on education, debt and development. The last two panels of AD 2021 focused on the relations between Africa and the Arab world, as well as the state of affairs in Latin America, attended by three former heads of state. The panel “Africa and the Arab World: Dynamics on Current Political Issues?”, moderated by Abdelhak Bassou, Senior Fellow at the Policy Center for the New South, examined ties between Africa and the Arab world. Bassou emphasized the bond Islam represents, the influence of Arab universities (including Al Ahzar), and Egypt’s role in supporting African independence in the 1960s. Trends Research & Advisory Director Fattouh Haikal noted that “the relationship today is weakened by tensions – e.g., between Mauritania and Senegal – and border issues, declining interest in African issues in the Arab world, and preconceived notions leading to negative perception,” the release says. Carnegie’s Malcolm H. Kerr Middle East Center Non-Resident Scholar Hamza Meddeb, argued that Morocco’s strong interest in Africa proves otherwise insofar as the Morocco-Africa relationship goes. Hamza spoke of the special bond between North Africa and the Sahel, and of “the strategic vacuum left by the collapse of Colonel Kaddhafi’s regime in Libya.” The spread of terrorist groups across the Sahel also stems from the weakness of States and their inability to control their own territories, he said. Former Egyptian Foreign Minister and former Secretary General of the Arab League, Amre Moussa, stressed that the word “relations” between Africa and the Arab world should be replaced by “links” and “ties”, both stronger and more secular. “Nasser and Egypt provided powerful impetus to a notion of shared destiny. And I believe in the words of Mobutu at the United Nations General Assembly when discussing pressures on his relationship with Israel: I was asked to choose between my brother or my friend. I chose my brother”. Amre Moussa also spoke of the lack of cohesiveness among Arab countries, as well as of the importance of “renewing and rejuvenating the United Nations system, and that of the African Union.” Regarding the last panel held on the theme “Latin America’s new Covid-19 variants challenge: regional unity amidst political polarization,” the release underlines that at the outset of the pandemic, Latin America was rife with political crises and divergent country-specific trends – with governments from both the right and the left. “No less than 20% of global populations impacted by Covid-19 are Latin American, and 30% of recorded deaths from the disease occurred in Latin America,” recalled former Ecuadorian President Jamil Mahuad. “Clearly, we have failed to manage the crisis, which has made us poorer, more inequitable and more vulnerable. We need a public health system,” he pointed out. Rising populism and crackdowns on the opposition in Nicaragua prompt Former Costa Rican President Miguel Angel Rodriguez to say that “democracy has lost its prestige, as has the rule of law, both globally and in South America.” Former Argentine President Federico Ramon Puerta questioned the prevalence of a “single economic model since the fall of the Berlin Wall, capitalist, liberal and focused on privatization.” For his part, Policy Center for the New South President Karim El Aynaoui thanked, in the AD closing statement, the 90 participants in the panels who contributed to “a great online success”; with over 60,000 views for the 20 webinars over two months. In closing, he rejoiced in that “the Atlantic Dialogues community, a unique community of countries from both the Global South and Advanced Economies, is alive and reunited.” The North-South dialogue at the conference is also inter-generational, he recalled, with Atlantic Dialogues emerging leaders and young professionals from across the Atlantic area selected in previous editions, and having followed specific training, taking part in the conference. “There is great value to this collective exchange. A core value of the Policy Center, but also a core value of Morocco and what it stands for: a place of open dialogue, tolerance and mutual respect, and discussion based on evidence, research and practice to improve public policy,” he pointed out. The Policy Center for the New South (PCNS) is a Moroccan think tank aiming to contribute to the improvement of economic and social public policies that challenge Morocco and the rest of Africa as integral parts of the global South. As such, the PCNS brings together researchers, publishes their work and capitalizes on a network of renowned partners, representative of different regions of the world. The PCNS hosts a series of gatherings of different formats and scales throughout the year, the most important being the annual international conferences “The Atlantic Dialogues” and “African Peace and Security Annual Conference.”