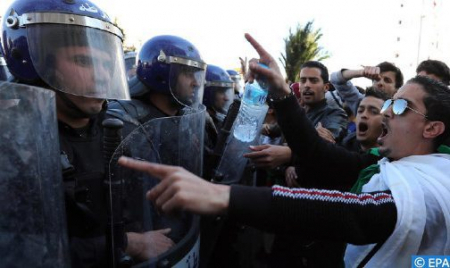 UN experts and Special Rapporteurs have accused the Algerian regime of “politically instrumentalizing terrorism” to suppress public freedoms. In a communication addressed to the Office of the United Nations High Commissioner for Human Rights (OHCHR), these UN experts and rapporteurs accused the Algerian regime of politically instrumentalizing “terrorism” to repress and prohibit public freedoms. According to the Algerian media, which noted that the country’s authorities have not yet responded to these serious accusations, a group of experts and special rapporteurs of the UN has sent, on December 27, a communication to the OHCHR concerning “some laws related to the security field and the fight against terrorism recently approved” in Algeria. These special rapporteurs and experts called on the OHCHR to intervene quickly with the Algerian authorities to demand a thorough review of the new anti-terrorism laws adopted between 2020 and 2021. According to the document, these Special Rapporteurs also demanded that the authorities be held accountable for the use of these new anti-terrorism laws in the repression of opponents and peaceful activists.