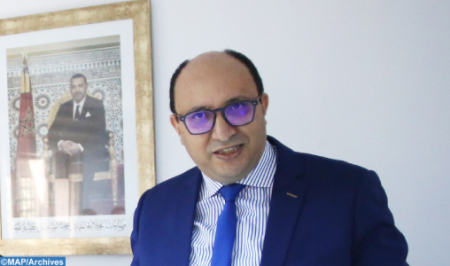 Tunisian President Kaïs Saïed on Tuesday received Mr. Hassan Tariq who handed him his credentials as HM the King’s ambassador to Tunisia. Speaking to MAP at the end of this audience, the Moroccan diplomat said that the Tunisian Head of State instructed him to convey his best regards to HM King Mohammed VI. He added that this audience was an opportunity to highlight the strength of the long-standing relations between the two countries and to underline the need to strengthen them further in order to serve the interests of the two brotherly peoples. The diplomat stressed that the two countries are determined to develop bilateral cooperation with a view to serving their interests and meeting the expectations and ambitions of the two peoples for greater complementarity and partnership.