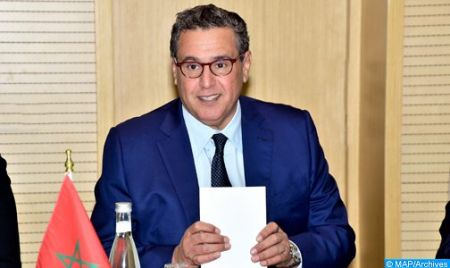 The agreement signed Tuesday between the government and the five most representative education unions is an “important” step that will open new perspectives in the framework of social dialogue between the two parties, said the head of government, Aziz Akhannouch. “After months of serious and responsible dialogue between the government and the general secretaries of trade unions, many issues on the negotiating table for several years have been resolved … it will help to build trust and cooperation between stakeholders,” Akhannouch told the press on the sidelines of the signing ceremony of the agreement. The agreement, said the head of government, includes the creation of a motivating and unified status that includes all categories of the education system. Akhannouch also welcomed the efforts made by all parties involved in this dialogue, stressing the importance of participation in future discussions of all other parties involved in this large-scale project. The agreement includes several measures relating, in particular, to the revision of the current status of officials of the Ministry of National Education and the creation of a motivating and unified status that encompasses all categories of the education system, the settlement of several priority claims. It also provides for the programming of the examination of other claims presented by the 5 most representative unions and the continuation of dialogue on the issue of executives of regional academies of education and training, the statement added.