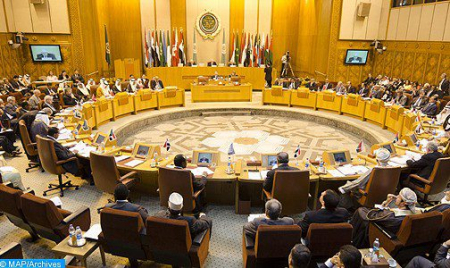 An extraordinary session of the Arab League Council kicked off Sunday in Cairo, at the level of permanent delegates, at the request of the United Arab Emirates, to discuss Houthi militias’ terrorist attacks against civilian facilities in Abu Dhabi. Morocco is represented at this meeting by the Kingdom’s ambassador to Egypt and its Permanent Representative to the Arab League, Ahmed Tazi. On this occasion, the Minister of State of the United Arab Emirates, Khalifa Shaheen Almarar, stressed that the continued threat of the Houthis on the national security of the Gulf States represents a threat to Arab national security. In this regard, he warned that the indifference of the international community to take a clear position against this militia gives it more room to continue committing its crimes against the countries of the region and the Yemeni people. The UAE had aborted a larger terrorist operation thanks to its armed forces intercepting a ballistic missile, he added, noting that this escalation was part of the Houthi militia’s plan to spread terrorism and chaos in the region, which also threatens international peace and security. He also underlined that the Houthi terrorist group could not have continued its aggression without the continuous flow of weapons and support from Iran, which still refrains from playing a positive role to stop Houthi acts. For his part, Abdul Rahman Bin Saeed Al-Jumah, Representative of the Kingdom of Saudi Arabia, recalled that systematic attacks carried out by the Iranian-backed Houthi militias have been taking place against civilian areas and vital facilities in the Kingdom of Saudi Arabia and the United Arab Emirates. These attacks are aimed not only at the national capabilities of the Gulf Arab states, but also at destabilizing the region and threatening international peace and security, as well as the global economy, energy security, and maritime navigation, he pointed out. He also stressed that these repeated attacks by the Houthis on civilian facilities are war crimes for which the perpetrators must be held accountable. In view of the disregard of these militias for all international and humanitarian laws and their rejection of all international and regional peace efforts and initiatives aimed at resolving the political and humanitarian crisis facing the Yemeni people, the international community must take a firm stance against the Houthi terrorist militia and its supporters, he stressed. Al-Jumah also emphasized the need to exert political pressure to force this militia to stop its hostile actions against the Yemeni people and the countries of the region.