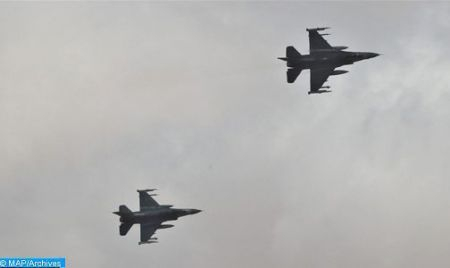 Pursuant to the High Instructions of His Majesty the King, Supreme Commander and Chief of General Staff of the Royal Armed Forces (FAR), the South Zone General Staff is hosting, from January 24 to 28, 2022, the main planning meeting of the “African Lion 2022” exercise, with the participation of representatives of several countries including the Kingdom of Morocco and the United States. The objective of this meeting is to decide the modalities of execution of the various activities of the “African Lion 2022” exercise which will include, in addition to training on the components of several operational areas, training on operations against terror groups, land, airborne, air, sea and CBRN (Nuclear, Radiological, Biological and Chemical) decontamination exercises, said a statement by the General Staff of FAR. Scheduled to take place from June 20 to July 1, 2022 in the regions of Agadir, Tan Tan, Mehbes, Taroudant, Kenitra and Ben Guerir, the “African Lion 2022” exercise aims to develop technical and procedural interoperability between FAR and the forces of participating countries as well as training on the planning and conduct of joint operations in a multinational setting, concluded the statement.