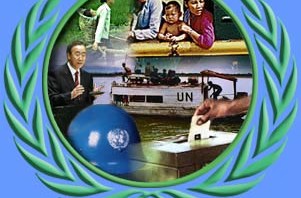 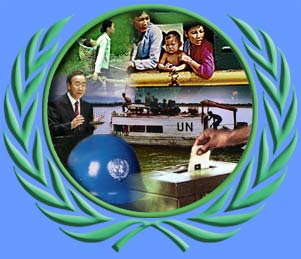 The late adoption by consensus of a draft resolution on the Sahara at the United Nations fourth Commission is a clear support to the process initiated by the United Nations Security Council Resolution 1754, which paved the way last June, to negotiations in good faith and without preconditions between Morocco and the Polisario in presence of neighboring countries, Algeria and Mauritania as observers. The draft resolution commends the efforts undertaken by the Secretary General and his Personal Envoy for the implementation of Security Council resolution 1754 and encourages the parties to continue to show political will and a spirit of cooperation in supporting those efforts and to create a propitious atmosphere for dialogue and the success of the negotiations.
Morocco called on the International Community to send a strong political signal of support to the negotiations underway in order to protect them and preserve their chances of success.
It is notable that the draft resolution adopted by the 4th commission of the UN general assembly means that the latter decided to join the Security Council, by giving its full support to the new political process based on direct negotiations between parties concerned on the basis of the Moroccan initiative for negotiating an autonomy statute for the Sahara region.
The autonomy plan offers the opportunity to meet the demands of the Polisario by guaranteeing for the Sahrawis a larger role in the institutions of the region, while recognizing the sovereignty and territorial integrity of Morocco.  Most of interventions and speeches delivered before the 4th commission concerning the future of Western Sahara were in no doubt objective and supporting Moroccan endless efforts to reach a just and durable solution to the conflict.
The draft resolution also calls upon the UN Secretary General to submit to the General Assembly at its sixty-third session a report on the implementation of present resolution.
The main objective of the negotiations is to bring the Sahara conflict to an end.  Even if the 1991 cease-fire stopped most of the outright violence, refugees in the Tindouf camps in Algeria live in isolation and poverty, under political leadership that is barely democratic. Algeria also faces financial and diplomatic costs, and the security problem of continuing tension on its western border. The international community has to pay large sums for an observation force and economic aid.
A resolution of the conflict could be achieved if the three main parties were left to negotiate the terms for them. These terms would be based on “raison d'état” and consist of a package of reciprocal concessions.
Today, there is a need for compromise and for renunciation of extremist positions and demands. With discretion, persistence and good will, the parties might succeed in negotiating a way out of the impasse; the current deadlock situation is inacceptable…let’s move past the rhetoric. The Sahara issue is not a matter of de-colonization, but rather a political problem that requires pooling the efforts of all the parties involved to reach a final solution.