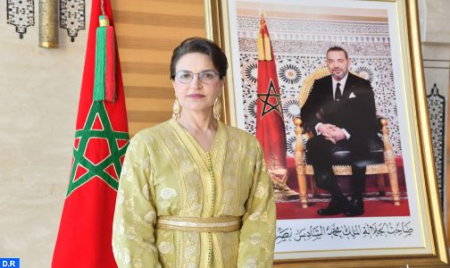 Morocco’s ambassador to the Republic of Panama, Bouchra Boudchiche, was received, Thursday in Panama City, by the Panamanian Deputy Minister of Foreign Affairs, Dayra Carrizo Castillero. During this meeting, Ms. Boudchiche presented to Ms. Castillero the copies of her credentials as Morocco’s ambassador to Panama. Talks held on this occasion focused on the importance to strengthen bilateral relations of friendship and cooperation between the two countries, while highlighting the great potential available to the two nations in various areas. The two officials discussed various issues including climate change, immigration and post-pandemic economic recovery. While congratulating the Republic of Panama for the “Pacific Marine Corridor” initiative launched on the sidelines of COP26, the Moroccan ambassador reiterated the importance that the Kingdom attaches to regional integration.