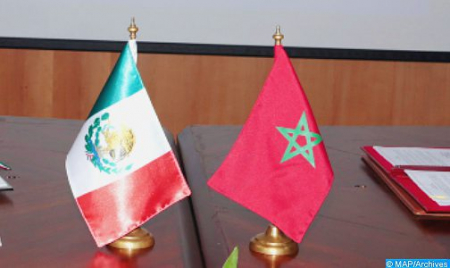 The Mexico-Morocco Friendship Club has reiterated its support for the autonomy plan as the “only” solution to the regional conflict over the Moroccan Sahara, while condemning the attempts of separatists aimed at destabilizing the Sahara and Sahel region. “We reiterate our support for the Moroccan proposal for autonomy and we condemn the separatist plans which attempt to undermine security and stability of the Sahara and Sahel region”, underlined the members of this Club in a letter sent to the ministers of Foreign Affairs of Mexico and Morocco. Mexico has always respected the rights and sovereignty of countries and condemns any separatist attempt or inclination, said the members of the Club, which includes personalities from the political, cultural and academic worlds, in addition to businessmen and associative actors. “It is for this reason that we support Morocco to thwart these doomed attempts,” they pointed out in this letter sent to MAP. The signatories of the letter also highlighted the friendly relations that bind Morocco and Mexico, noting that the two countries have always opted for dialogue and democracy and supported the security of countries against separatist goals. On this occasion, the coordinator of the Club, Miguel Vargas Mendosa, told MAP that this letter is an expression of the solidarity of the Mexican people towards the first cause of Morocco and an appeal to the Mexican authorities to reject any separatist attempt fueled by external agendas. Mr. Mendosa, who is an MP, paid tribute to the unwavering commitment of HM King Mohammed VI to peace and security in North Africa and the Middle East in the service of development and well-being of the peoples of the region.