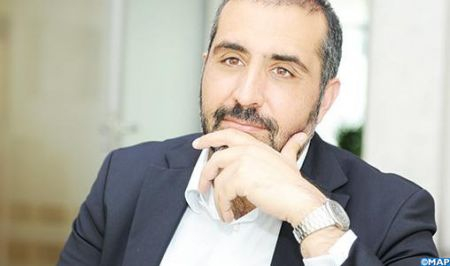 Morocco and Europe have a common strategic and economic interest, says Abdelmalek Alaoui, president of the Moroccan Institute of Strategic Intelligence (IMIS). In an interview with Trends; a Belgian economic magazine, Alaoui said that Morocco has the attributes of power in terms of diplomacy and regional influence. He noted that the Kingdom remains a medium-sized player with a GDP of $120 billion, but whose influence and perhaps even positioning have managed to stand out in recent years while maintaining sustained economic growth. The Moroccan expert outlined the Kingdom’s strengths at length, including the institutional stability embodied by HM the King, economic resilience, and major development projects carried out under the Sovereign’s leadership. Morocco can become one of the clean energy producers for Europe, he further noted. There is a window of opportunity because Europe has difficulty mobilizing land, whether for solar or wind, and that Morocco has a very important Atlantic coast. “I think that reducing dependence on Russian or Algerian gas would make sense for a Europe that depends on sometimes unpredictable players,” he noted. The field of services and particularly that of coding, is another future sector for Morocco which produces a lot of very good quality engineers every year while Europe lacks them, said the Moroccan expert. He added that all the field of services to people can be treated from Morocco and obviously everything related to digital and the fourth industrial revolution, citing the ecological and digital transition as two areas of future partnership between Morocco and Europe. “There are sometimes large European technology groups whose human resources departments located in Morocco are in competition with those located in Paris. This is absurd. We need a dialogue. And it is possible,” he said. Alaoui also emphasized the African dimension of the Kingdom, gateway to the continent which is the market of tomorrow.