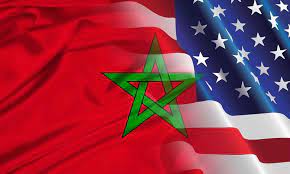 U.S. Deputy Secretary of State Wendy Sherman reiterated, on Tuesday during her visit to Morocco, her country’s support to the autonomy plan, proposed by Morocco in 2007, as a final solution to the artificial conflict over the Moroccan Sahara.

“The United States continues to consider the Moroccan autonomy plan as serious, credible and realistic, and as an approach that can meet the aspirations of the people of the region,” said the U.S. official.

Sherman held political consultations with the Minister of Foreign Affairs, African Cooperation and Moroccans Abroad, Nasser Bourita, and co-chaired with him the session of the Moroccan-U.S. strategic dialogue on regional political issues.

On this occasion, the two parties expressed their “firm support” to the Personal Envoy of the UN Secretary General, Staffan de Mistura, in the political process on the Sahara, conducted under the aegis of the United Nations, said a joint statement issued at the end of this session of Strategic Dialogue.

Bourita and Sherman also referred to the Joint Declaration, signed on December 22, 2020 by the Kingdom of Morocco, the United States of America and the State of Israel, enshrining the U.S. recognition of the full sovereignty of the Kingdom over its Sahara. They also discussed ways to strengthen this cooperation.

The U.S. official welcomed, in this regard, the continued deepening of relations between Morocco and Israel.

The Moroccan-US strategic dialogue on regional political issues was an opportunity for the U.S. and Moroccan diplomacy to review a series of issues of common interest, including cooperation in the field of security and human rights, and to discuss regional issues related to the Sahel, Libya and Ukraine.

This dialogue is part of the regular strategic consultations between the Kingdom of Morocco and the United States of America.